Ever since I was a young girl, I knew I wanted to be a teacher. In 1973 I graduated from the University of Arizona with a B.S. in Education certified to teach high school French and mathematics. My first teaching assignment given to me by my team teacher was to make a seating chart for the eighty-four students enrolled in our Consumer Math class. As I wrote their names in alphabetical order I placed an X next to five or six indicating potential problems. When questioned by my team teacher about the X’s, I responded that these were the students who would be ditching class, writing fake notes, and smoking in the restrooms. As the semester unfolded the students that I had marked on the seating chart did in fact become the discipline problems. My team teacher queried me about my precognition. It was the first time I realized that I had a “knowing” that others didn’t.

Occasionally I would dream about the health of friends, colleagues, students or family members. Depending on how receptive they might be I would suggest that they see a doctor to be evaluated for a specific problem. Those that chose to follow up would confirm my “diagnoses” and question how I could know such a thing.

In September of 1999 following a breast biopsy I was diagnosed with cancer. The following year another biopsy indicated that cancer was still present and had spread. The doctors were insistent that I have my breast removed immediately. Amid the fear and confusion my intuitive voice would calmly reassure me that I did not need to lose my breast. After several consultations with radiologists and surgeons, I scheduled my mastectomy. It was a defining moment in my life. There was no cancer found in the breast tissue or the fourteen lymph nodes that were removed. My intuitive voice was right!!! In that moment I made a decision to trust my “knowing” and to use it professionally to assist others with their self-growth, spiritual development and physical well being.

During my recuperation I participated in three research experiments conducted at the University of Arizona by Gary Schwartz, Ph.D., author of The Afterlife Experiments. The first in February 2001 tested my efficacy as a psychic medium. The results were published in the Journal of Religious and Psychical Research, 2001, 24, 2: 82-91. In January 2003, I participated in a twelve day/night precognitive dreaming experiment sponsored by the Deepak Chopra Foundation. In November 2004 I participated in a medical intuitive study. The experiment is discussed in Chapter 15 of The Energy Healing Experiments written by Gary E. Schwartz, Ph.D. My abilities as an energy healing practitioner were tested in the lab in 2006 and 2007. Chapters 11 and 12 of the Energy Healing Experiments review the findings.

With a Master of Counseling degree from Arizona State University and thirty years as a professional astrologer, I assist others in understanding the complexity of their lives. I am currently mentoring, teaching classes in psychic development and conducting readings in person and by phone. Through my work I seek to inspire, empower and enlighten others so that they too may discover and travel their path just as I have mine. 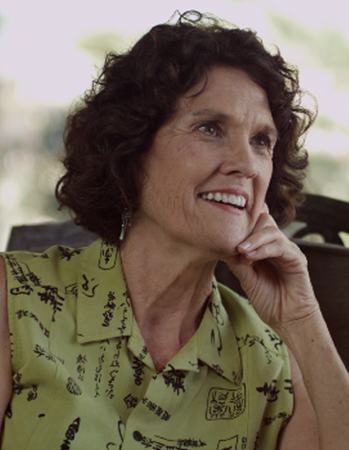