Edward F. Kelly, Ph.D., is Research Professor in the Department of Psychiatry and Neurobehavioral Sciences at the University of Virginia, and lead author of Irreducible Mind: Toward a Psychology for the 21st Century, which was developed under the auspices of the Esalen Center for Theory & Research.

Ed moved to Virginia from the University of North Carolina, where he used EEG and fMRI neuro-imaging techniques to study somatosensory cortical plasticity in humans, having previously spent over ten years working full-time in experimental para-psychology, first at J.B. Rhine’s Rhine Research Institute and subsequently in the Department of Electrical Engineering at Duke. At UVa he has returned to his central long-term research interests, which revolve around mind/brain relations, and functional neuro-imaging studies of altered states of consciousness and psi. 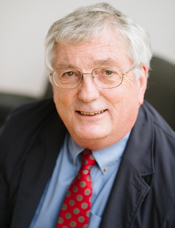