Pim van Lommel (b.1943) worked as a cardiologist at the Rijnstate Hospital, an 800-bed teaching hospital in Arnhem in the Netherlands, from 1977 to 2003. He published several professional papers on cardiology. In 1986, he began studying near-death experiences in patients who survived a cardiac arrest.

In 2001, Dr. van Lommel and others published their Dutch study in the reputable medical journal The Lancet. In addition, he has authored chapters in several books about near-death experiences and also published articles about the subject.

In 2007 he published in The Netherlands his book ‘Endless Consciousness: a scientific approach to the near-death experience‘ [ Eindeloos Bewustzijn: een wetenschappelijke visie op de Bijna-Dood Ervaring] . This book was a bestseller: within one year over 100.000 books were sold in the Netherlands, and it was also nominated for ‘The Best Book of 2008′. It has been translated into the German language in 2009: ‘Endloses Bewusstsein. Neue Medizinische Fakten zur Nahtoderfahrung‘, and in 2010 it is published in the English language by Harper Collins, entitled: Consciousness Beyond Life, The Science of the Near-Death Experience. In 2011 it will be published in the French language by Éditions Robert Laffont.

Over the past several years Pim van Lommel has been lecturing all over the world on near-death experiences and the relationship between consciousness and brain function. In 2005, he was granted the ‘Bruce Greyson Research Award’ on behalf of the IANDS (the International Association of Near-Death Studies). And, in September 2006, the President of India, Dr. A.P.J. Abdul Kalam, awarded him the ‘Life Time Achievement Award’ at the World Congress on Clinical and Preventive Cardiology in New Delhi.

Pim van Lommel studied medicine at the University of Utrecht, the Netherlands, and specialized in cardiology. 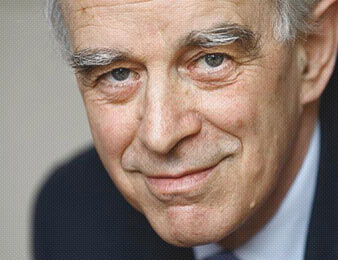