Rick Strassman was born in Los Angeles, California in 1952. He attended public schools in southern California’s San Fernando Valley, and graduated from Ulysses S. Grant High School in Van Nuys in 1969. As an undergraduate, he majored in zoology at Pomona College in Claremont California for two years before transferring to Stanford University, where he graduated with departmental honors in biological sciences in 1973. During summers in college he worked for RedKen Laboratories, developing cosmetics and a line of hair dyes, and also performed laboratory research at Stanford, on the development of the chicken embryo’s nervous system. He attended the Albert Einstein College of Medicine of Yeshiva University in the Bronx, New York, where he obtained his medical degree with honors in 1977.

Dr. Strassman took his internship and general psychiatry residency at the University of California, Davis, Medical Center in Sacramento, and received the Sandoz Award for outstanding graduating resident in 1981. After graduating, he worked for a year in Fairbanks, Alaska in community mental health and private psychiatric practice. From 1982-1983, he obtained fellowship training in clinical psychopharmacology research at the University of California, San Diego’s Veteran’s Administration Medical Center. He then served on the clinical faculty in the department of psychiatry at UC Davis Medical Center, before taking a full-time academic position in the department of psychiatry at the University of New Mexico School of Medicine in Albuquerque in 1984.

At UNM, Dr. Strassman performed clinical research investigating the function of the pineal hormone melatonin in which his research group documented the first known role of melatonin in humans. He also began the first new US government approved and funded clinical research with psychedelic drugs in over twenty years. Before leaving the University in 1995, he attained the rank of tenured Associate Professor of Psychiatry, and received the UNM General Clinical Research Center’s Research Scientist Award.

In 1984, he received lay ordination in a Western Buddhist order, and co-founded, and for several years administered, a lay Buddhist meditation group associated with the same order. Dr. Strassman underwent a four-year personal psychoanalysis in New Mexico between 1986 and 1990.

He has published nearly thirty peer-reviewed scientific papers, and has served as a reviewer for several psychiatric research journals. He has been a consultant to the US Food and Drug Administration, National Institute on Drug Abuse, Veteran’s Administration Hospitals, Social Security Administration, and other state and local agencies. In 2007 he founded, with Steve Barker and Andrew Stone, the Cottonwood Research Foundation.

From 1996 to 2000, while living in the Pacific Northwest of the United States, Dr. Strassman worked in community mental health centers for Washington State in Bellingham and Port Townsend. For the next four years, he had a solo private practice in Taos, New Mexico. After two years working on the edge of the Navajo Reservation in Gallup NM, he returned to northern New Mexico in 2006, where he served at a mental health center in Espanola. Since mid-2008, he has been writing full-time.

He currently is Clinical Associate Professor of Psychiatry at the University of New Mexico School of Medicine. 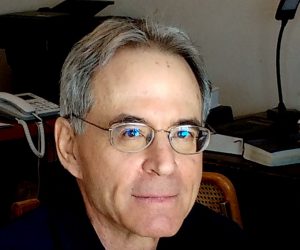