Mark Gober is an international speaker and the author of An End to Upside Down Thinking (2018), which was awarded the IPPY best science book of 2019. He is also the author of An End to Upside Down Living (2020) and An End to Upside Down Liberty (2021) and is the host of the podcast Where Is My Mind? (2019). Additionally, he serves on the Board of the Institute of Noetic Sciences and the School of Wholeness and Enlightenment. Previously, Gober was a partner at Sherpa Technology Group in Silicon Valley and worked as an investment banking analyst in New York. He has been named one of IAM’s Strategy 300: The World’s Leading Intellectual Property Strategists. Gober graduated magna cum laude from Princeton University, where he wrote an award-winning thesis on Daniel Kahneman’s Nobel Prize–winning “Prospect Theory” and was elected a captain of Princeton’s Division I tennis team. 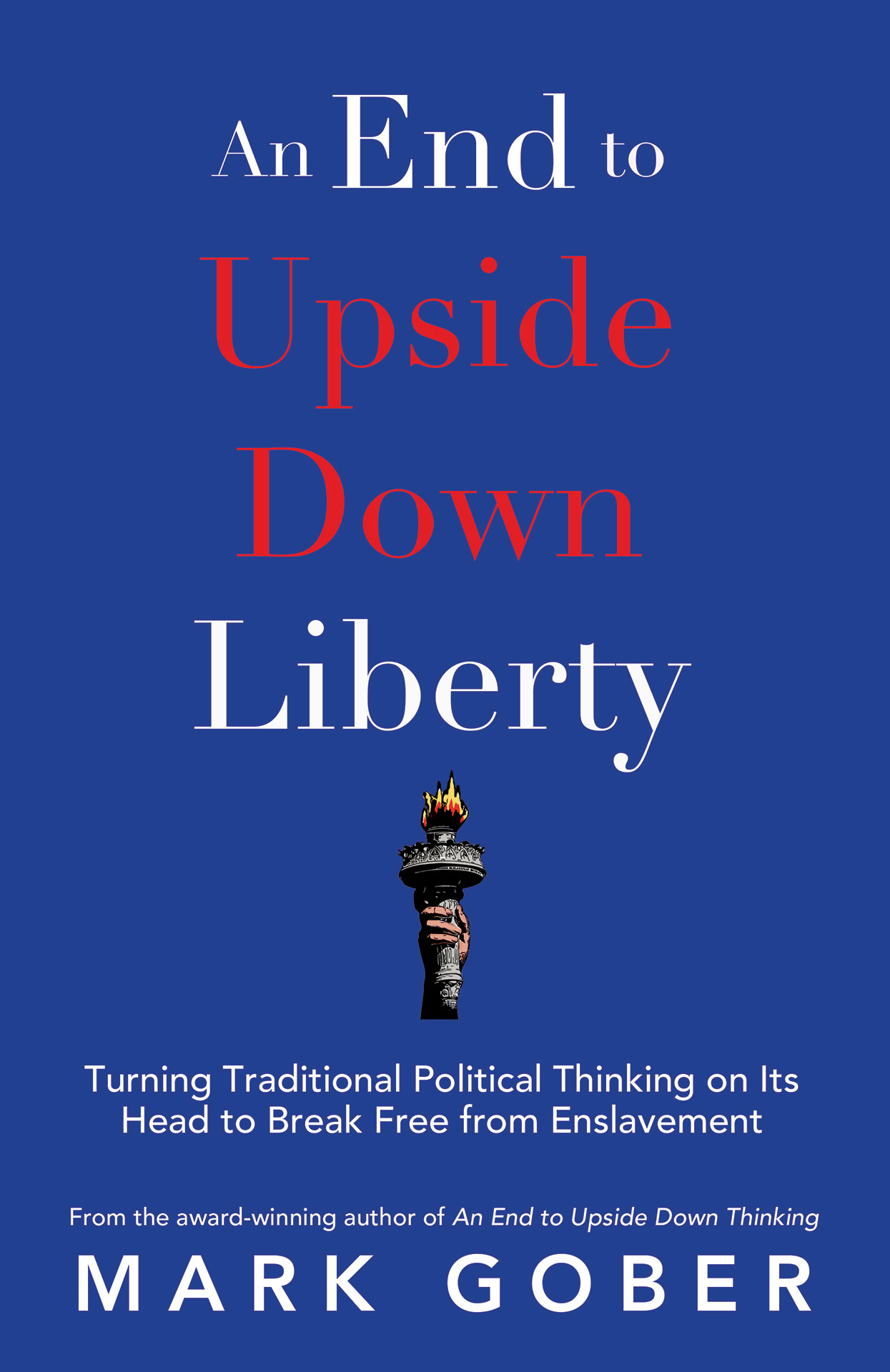 How should society be organized? Most of us would point to the necessity of a traditionally structured government comprising trustworthy elected representatives who watch over the masses almost like responsible parents. However, throughout history we’ve seen such governments abuse their power to enact incalculable damage. In the most extreme cases, governments have been responsible for brainwashing, slavery, and genocide; and in more subtle instances, civil liberties are slowly eroded. Democracies aren’t immune from these dangers, either.

In An End to Upside Down Liberty, award-winning author Mark Gober explains why the institution of government—a monopolistic body with which citizens have no explicit contractual relationship—is inherently hazardous to our freedom. He explores an alternative governing framework that stresses the importance of private-property rights and voluntary exchanges and examines the potential to privatize the government’s poorly managed public sector. But unlike most political and economic discussions, Gober goes a step further by introducing metaphysics into the mix. He draws from the extensive body of scientific evidence covered in his two previous books—including near-death-experience research—to explore the nature of reality, consciousness, and why we exist. This comprehensive approach can be used to steer humanity’s future away from enslavement…and toward liberty. The stakes are high, and the message is urgent. You won’t look at the world the same way after reading this book. 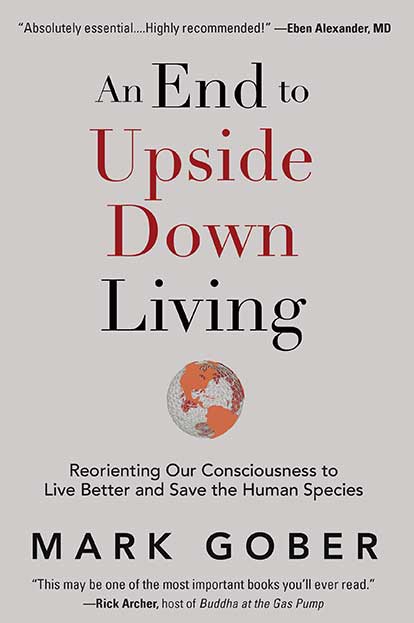 What drives all of your life’s priorities, values, and decisions? In the sequel to An End to Upside Down Thinking, Mark Gober builds a science-based worldview from which we can create a compass for living. In stark contrast to his prior belief system, Gober explains why life is actually full of meaning. From this perspective, he lays out how we might approach life accordingly, along with the well-traveled “awakening” path that we’re likely to encounter. At this pivotal juncture in human history, approaching life in a new way is the antidote that our civilization desperately needs. 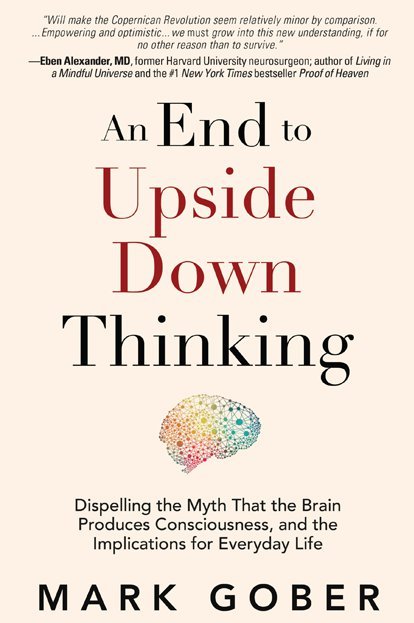 Winner of the IPPY award for best science book of 2019.

Where is My Mind? Podcast

Where does your “mind” come from? Easy answer: Your brain…right? Think again. It’s hard to believe, there is no explanation in modern science how a brain could create our subjective experience of being alive (“consciousness”). Science Magazine has called this “hard problem” the #2 question remaining in all of science. Where Is My Mind? explores a revolutionary hypothesis: What if consciousness comes from outside the body? The show is hosted by Mark Gober, a consciousness researcher and author of An End to Upside Down Thinking, who happens to be a former Wall Street banker working in Silicon Valley. Why does this show matter? Well, if consciousness is not native to the brain, would phenomena like telepathy, precognition, near-death experiences, afterdeath communications, and so much more not only be possible… but be PREDICTED? Plus, what happens when we die? Are psychics real? How could a young child accurately report memories of someone else’s life and death? The implications could shift our collective worldview and even impact how we treat one another… so don’t miss it. 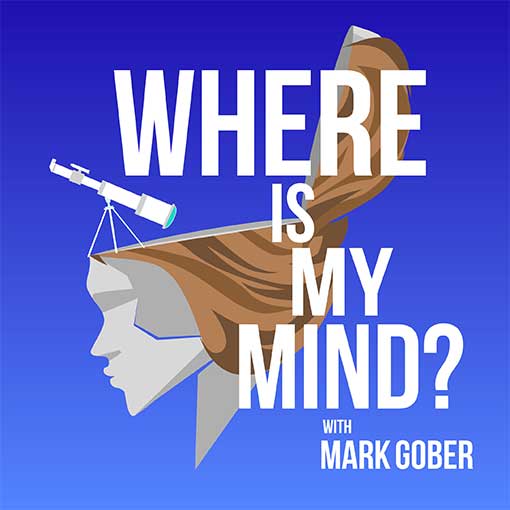 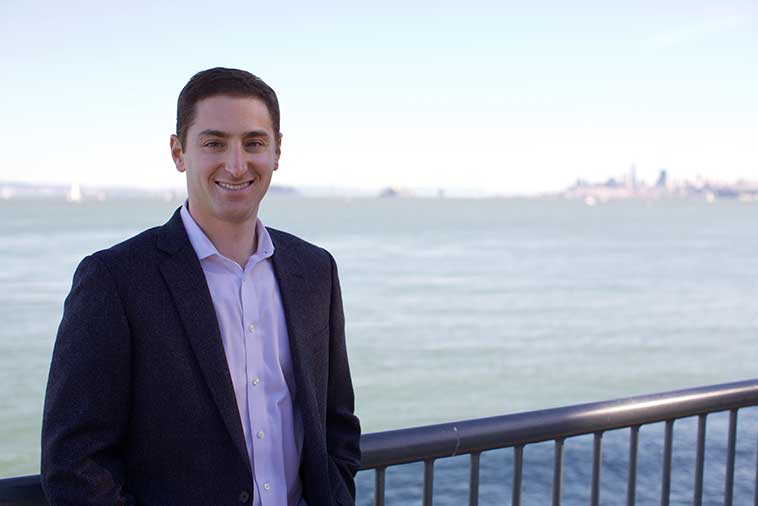